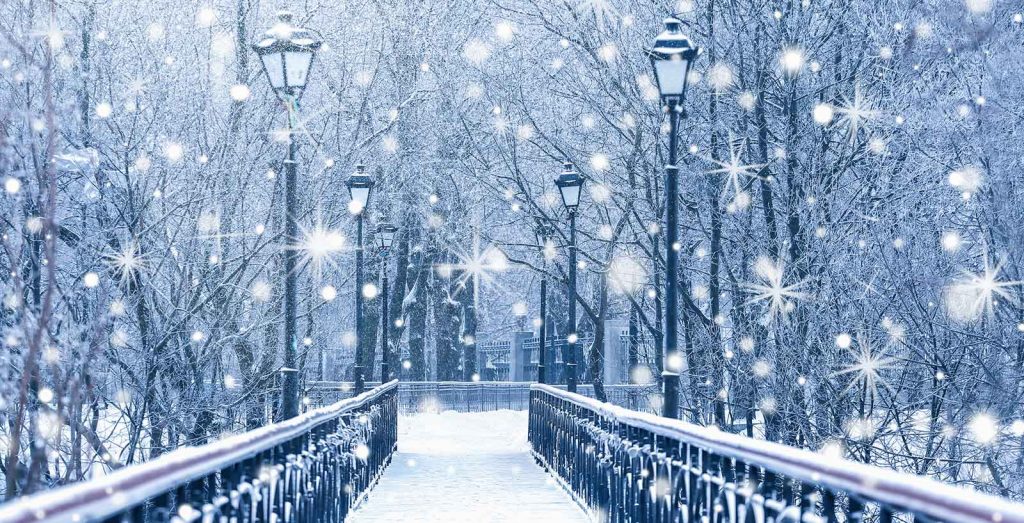 For many people, winter is a season of staying indoors as much as possible. Unless, of course, you love to head up to the mountains and snowboard like Shane and I do!

But even if you do enjoy being outside in winter, eventually it’s nice to come inside and cozy up with a great book.

How Does One Determine the Best Winter Fantasy Books?

The answer to this question is very subjective, of course. But I’ve scanned through a number of lists to find some common recommendations for the best winter fantasy books. These are books that are set in a wintery location and/or have a predominantly icy theme.

The lists on the web are quite extensive, but I’ve limited my list to five books so you can return to your hot chocolate before it ices over.

These five titles will give you some variety to choose from and I hope will accommodate a range of personal tastes.

Some are old, some are new. Some may contain themes or characters that challenge your worldview. If you want more readers’ opinions on them, I’ve provided links to their Amazon pages. If you decide to buy one or two, Amazon might give us a small commission (no extra cost to you).

So here they are, five of the best winter fantasy books to help warm your soul.

The Bear and the Nightingale

This is a debut novel based on Russian folklore that really surprised me (read my short Goodreads review here). I read it in October, but I wish I had waited until mid-winter, especially because book 2 was recently released: The Girl in the Tower.

From the synopsis:
“Winter lasts most of the year at the edge of the Russian wilderness, and in the long nights, Vasilisa and her siblings love to gather by the fire to listen to their nurse’s fairy tales. Above all, Vasya loves the story of Frost, the blue-eyed winter demon. Wise Russians fear him, for he claims unwary souls, and they honor the spirits that protect their homes from evil.”

From the synopsis:
“Lyra is rushing to the cold, far North, where witch clans and armored bears rule. North, where the Gobblers take the children they steal–including her friend Roger. North, where her fearsome uncle Asriel is trying to build a bridge to a parallel world.”

The Left Hand of Darkness

Ursula Le Guin, who passed away on January 22, 2018, had her share of critics. But she was highly recognized in the literary world, she inspired many great fantasy authors, was adored by her fans, and set high standards for the sci-fi/fantasy genre. One of her many words of wisdom: “When you light a candle, you also cast a shadow.”

I was also pleased to see this tribute to Ursula Le Guin by Terry Brooks, one of our favorite fantasy authors.

From the synopsis:
“A lone human ambassador is sent to Winter, an alien world without sexual prejudice, where the inhabitants can change their gender whenever they choose. His goal is to facilitate Winter’s inclusion in a growing intergalactic civilization. But to do so he must bridge the gulf between his own views and those of the strange, intriguing culture he encounters…”

Yes, I know that Game of Thrones could easily be on this list. But I passed on GOT (as I’ve done before) in favor of this older title.

From the synopsis:
“In the world of A Song of Ice and Fire the ice dragon was a creature of legend and fear, for no man had ever tamed one. When it flew overhead, it left in its wake desolate cold and frozen land. But Adara was not afraid. For Adara was a winter child, born during the worst freeze that anyone, even the Old Ones, could remember.”

And finally, something clever and witty from one of fantasy’s best authors. Wintersmith is #35 in the Discworld series.

From the synopsis:
“When the Spirit of Winter takes a fancy to Tiffany Aching, he wants her to stay in his gleaming, frozen world. Forever. It will take all the young witch’s skill and cunning, as well as help from the legendary Granny Weatherwax and the irrepressible Wee Free Men, to survive until Spring.

Because if Tiffany doesn’t make it to Spring, Spring won’t come for anyone.”

Enjoy the remaining weeks (or months, depending on where you live!) of winter. Please let us know if you’ve enjoyed any of these books in the Comments below. Or maybe you have another winter fantasy favorite?